I have been back in San Francisco for a couple of weeks now, and everything is still pervaded with a sense of Floridicana. A feeling of homesickness at home or a sense of being adrift in a sea that is degrees, trade-offs, differences between one home and another. I am pleased with all the pictures I took, the interior landscapes I captured. Now I know that I am not just romanticizing Florida; there is proof in the shape of the light. But I am disappointed in the fact that I meant to take so many notes (having hoped for a dry wall and sand kind of phenomenology). Disappointed how little writing actually got done. The entire time I was there though, I did not feel like reflecting; I took snapshots instead.

Now it is kind of fading, at least for the time-being and there are yellowy white empty spaces in my journal awaiting retroactive note-taking to frame the images I have pasted in. And, more than ever, with the existence of the pictures, there is an over-ride of words. I went to a *writing salon last weekend, one of my first outings back in this Bay Area and heard Kate Colby read from her manuscript, A Banner Year. Much of the poetry centers on the seafaring local lore of Gloucester, a mixed rough-and-tumble primness that is DAR New England. This is where Kate is from. It also draws from recent trips she has taken to various countries. She explained that it was part of a study in being here now, a kind of triangulating back (from three main places) to a central, present moment. She read a line that nearly made me cry.

Don't take any pictures;/ it's all you'll remember

Afterward, she said that guys like Milne and Longfellow were responsible for much of the music in the work; her grandmother was the type of lady who could recite these poets from memory. “It’s doggerel”, Kate said, though it was clear that everyone at the salon admired the cadences so much. In a way, I know what she means and my very low-brow parallel of that is Cat Stevens sing-along at a beach bar and this kind of coaster. 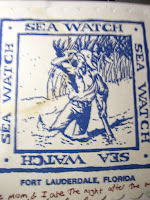 I glued the coaster into a collage in one of my Florida journals. The collage also includes baseball cards from my brother’s little league team, a drawing of a toad he did for me, a picture of my grandmother as a little girl at a birthday party, a cousin's baby on the beach, etc
Having left behind ready access to many bodies of warm water, I have become obsessed with the word “photostream”. One day, it just started to glow on my computer screen, as I was filing away some Floridicana on Flickr. That word has something to tell me about what my writing wants with actual photos, but it probably means forcing myself to shy away from too much of a dependence on picture-taking itself. The camera makes the head feel like a window on wheels—that eloquent, that accessible, that elevated through transparency (in the way I always probably misunderstood Derrida to mean it: www.integralworld.net/index.html?desilet.html). Which is how books felt/feel for me. Which was all I really ever wanted with writing anyway—to prolong that feeling for myself, not so much to recreate it.

Oh, by the way, keep an eye out for news of the blink. Our call for submissions will be going out soon and we are hoping to make our own photostream of sorts.
Here area few other images from May - June journals. 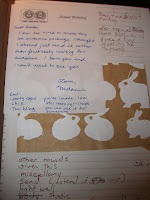 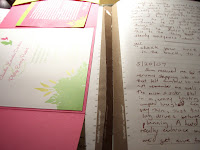 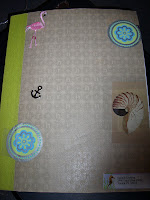 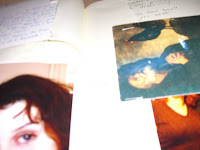 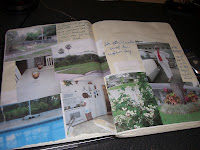 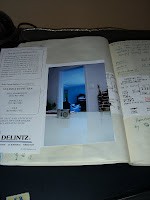 *The writing salon was held at Gloria Frym’s (www.cca.edu/academics/writingliterature/faculty/gfrym/) place, a tilty redwood house with an exciting array of cushions and Cascada de Flores on the stereo. It’s a regular thing she does and this time around it was to celebrate/say goodbye to Kate Colby (Fruitlands, Litmus 2006). Kate is moving to Rhode Island after more than ten years in the Bay Area. Her book on Jane Bowles is due out from Ugly Duckling Press soon. A Banner Year is still looking for a home.