Re-traumatize those who have been overly controlled in their lives, who use substances as a way to escape control.

The beginning of a long betrayal, but nevertheless, a betginning

Sentence that works as touch. Not a touching idea in words, but a pressure and direction through timing, ch is syntax-- actually a kind of touch. My acupuncturist at Saint Petersburg community acupuncture was a student of Bhanu's. Perhaps this is a sign that I will cease to be so lonely here.

Here is a car I saw, on the bus to the bun, in the old jungle and ragged beside-massive-highways neighborhood. 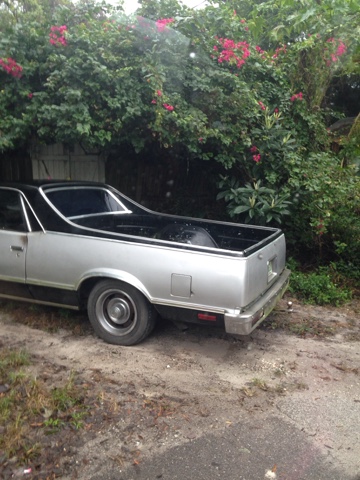 Posted by Amber DiPietra at 9:40 PM

Labels: a language toward the art of mapping and sculpting sensation in a less-than sensual social structure
Newer Post Older Post Home