Monsters and Models and Mutant DNA or Aliens, Ordinary Girls and Auxiliary Bodies

This comment is from an article on how disability figures in the new film Avatar--in which a paraplegic lead character is able to merge his mind with a proxy body thanks to recombinant DNA.
J. Scott Richards, director of research at the Physical Medicine & Rehabilitation Center at the University of Alabama, said Sully's character flaws in "Avatar" also made the film appealing.
"The other thing that people in wheelchairs might appreciate is having a key character who is not a super achiever," said Richards, who counsels patients after spinal cord injuries.
Richards said Hollywood portrays extremes when it shows characters with disabilities: "A physically achieving athlete in a wheelchair, or the opposite end of that -- someone who is miserable and has a horrible life.
"I'd much rather see the middle of the road. Where people are just people but they happen to be in a wheelchair," he said.
The oddest thing is--alongside this view point, just to the left of the actual paragraph containing the comment by Richards, is a glossy headshot of Muha as Miss Wheelchair USA.
Muha does say of the Avatar paraplegic character, "He would rather stay on this island with smoke monsters than go back to Earth in a wheelchair," said [Satina] Muha. "Me? I would pick to stay here with my friends and family."
http://abcnews.go.com/Health/WellnessNews/wheelchair-users-applaud-avatars-parapalegic-character/story?id=9505175 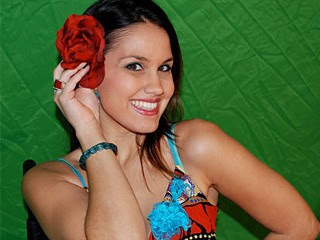 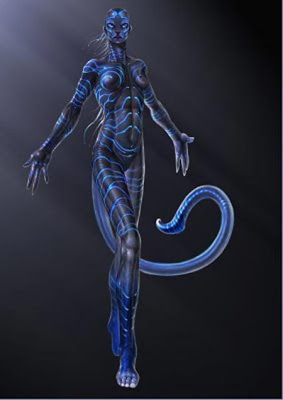 Posted by Amber DiPietra at 8:24 PM