how could you just leave me standing

Strippers pay homage to Prince. The organ between my heart and vulva, that responds to indelible music, between ears and legs, aches in his passing.

It [list of best Prince stripper songs] even leaves off the song that soundtracks my most formative and indelible club memories: Memphis, 1996, I’m a baby stripper undertaking her first real strip trip from a club that’s about a three on the intensity scale (no-contact dances on pedestals) to one that’s a nine (it will get shut down for rampant drug dealing and prostitution charges within two months). A traveling feature dancer/porn performer named Tina Cheri comes out and does an all-Prince set, starting by driving out on stage in one of those kid’s battery-powered cars to “Little Red Corvette” and ending with “Diamonds and Pearls,” the culmination of which is when she pulls six feet of pearls out of her vagina.

Read more here, I can never get enough Tits and Sass. 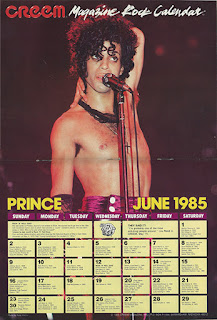