outtakes from vaquera because the book about vaquera won't matter, as matter-in-action, unless the process lives in the "open* somewhere else. like here.

Progressively, I move off the page as I admit that reading--with one, low vision eye, is not an effective use of psychic, creative and processing energy. It certainly is not the kind of dance of phenomena the eye, the brain, the literary image in cadence can make, if less constrained, across a page.

Sometimes, I fear I am a lazy/nervous thought-circler. My partner sometimes claims I am a naysayer. Poet friend Sabrina claims the physical needs of a more limited body have taught me economy. Her answer is a balm, and a way forward. Though it is clear that through too much economy, I fail to make choices--intuitive, embodied moves, through the chaos that could be nothing or everything. A mass of content and energy.

I mean, in terms of editing--shaving away from a mass of collected earth and flesh--that could be a manuscript. A poem-book, or kind of story. Editing, choosing what to keep and not to keep, and how to cut the contour, so it can appear, as a durational form, here in the world, as book.

It is starting to matter so much less to me--writing, I mean--if it ever did. I just wanted to approach a subliminal singing and traveling.  Except writing is still a medium through which to enhance a witnessing/noticing practice around moving and connecting, physically. The editing feels pointless, a thing not mean to be contained as text. But then subsequently, I begin to disappear as a writer, as nothing gets edited, done, sent away, published. And that could be Ok, because my real work is that of a sex(ological body) worker/poet/performance artist. That is an imperfect sequence of descriptors to describe one situational body artist arcing through time, a word for which, I do not have a thing. Just me, is the thing.

Documentary poetics, then, and more direct memoir are a way to point at the body (sex (art (work. but it becomes a mass of sorting and sequencing, and trying to channel different tones and degree of fact into form so that something can be told if it cannot be witnessed or experienced somatically.  And again, I can't make it into some thing, not at least until more cultural shifts occur. Much of what i am making/documenting/discovering goes on over here, quietly and consistently as the body poetik--and outside the sessions with the clients, appears only occasionally at performance of those sessions to audiences. (Yay for last October in Boulder/Naropa and yay, trepidatiously, to the Soamtechnics conference in Tucson this spring!)

But I can make them apparent here too, it occurs to me, as a number of discrete outtakes from many undercover works and their corollary writings. Bhanu has taught me that the blog is almost better than the book. No, it is is. it is document, in the more alive, unfixed sense.

I used to be afraid that if I blogged, there would be nothing left to really write, since all the wiring is about an art of lived experience, a looking through a lens of sex and disability, of chronic pain and sex, of curvature and light and supple flow, of intimacy and it's bridge with poetry and the body in motion. And the very practical economy of who can come together, with who, in the most intimate way, and for what most personal efficacy and why. Sex and power and the juice that flows the world.

I think the only way to cut away now, to make any choice, to feel that I am making the motions of making the sex body art work that I do visible, is to actually blog. To blog as editing process. Because it is all process work. The writing is only an arm of the overall arc, the conversation my palm has with the spine.

So, right, yeah. I am trying to write a series of long poetic sections into a manuscript about sex work, deformity, bones, cowgirls, fear and safety in the sacrum. To help me edit it, to leverage choices around what to cut and how to sort and sequence, I'll alleviate some of the pressure from the body of notes, by a kind of restorative yoga. A lifting and pulling away in which the cut parts are put in traction, here, on the blog, as outtakes from the thing that will be  isolate in it's own, discrete body (as we all are and have to unlearn and learn in degrees), a finished manuscript, the vaquera manuscript.

"Bodies are enfleshed, but not enclosed: they are open, radically so—biologically, environmentally, socially, politically, and affectively. To be open means having the capacity for connection and curiosity, and willing to be receptive to otherness and difference. Openness is an engagement with processes of becoming, to be in anticipation of future states without predetermined ends. To be in the open is to be exposed and vulnerable under conditions of necessity and possibility, of risk and danger. Open is ontological, an ethical stance, an imperative: it demands of us to open borders, detention centers, and prisons, to open our eyes and our hearts, our senses and our awareness. Invitations are openings, as this one is: Let us come together and open ourselves to the embodied experience of our messy entanglements, fraught alliances and fuzzy boundaries with each other and with the Earth. And let us do it in Tucson. Open Embodiments is an international conference marking the relocation of the Somatechnics Research Network to the University of Arizona’s new Center for Critical Studies of the Body. Founded in 2005 by Nikki Sullivan and colleagues in the Department of Critical and Cultural Studies at Macquarie University in Sydney, the Somatechnics Research Network is an international, transdisciplinary group of more than 500 researchers interested in the “always already” technologized nature of embodiment—that is, in the sense in which embodiments cannot be distinguished from the means and methods of their making, that they are contingent, emergent, actualized, and materialized relations between some parts of a milieu and others. Somatechnics conjoins an open-ended curiosity about embodiment in our contemporary techno-nature-culture contexts with an ethics of embodied difference derived from feminist, queer, transgender, disability, and critical race methodologies, and with a political commitment to dismantling and refiguring those social technologies that maldistribute the means of life and survival according to modes of embodiment, including anthropocentric hierarchies of value. Over four days, conference participants will have the opportunity to connect their scholarly, artistic, creative, and activist engagement with embodiment’s openness to the geophysical/geospatial location of Tucson, Arizona, in the U.S./Mexico borderlands: to the surreal beauty and hazards of the Sonoran Desert, to the many vital local cultures of resistance to the militarized violence of the border and to the state’s ugly and damaging race/gender/sexuality politics, as well as to the University of Arizona’s historic commitment to interdisciplinary research and scholarship in the physical and life sciences, social sciences, humanities, and arts. The conference will take place in numerous venues in Tucson’s revitalized historic downtown as well as the nearby University of Arizona campus. In addition to breakout sessions for delivering academic papers and keynote presentations from internationally renowned thinkers and culture-makers, Open Embodiments will include film screenings, performances, workshops, and other public events."


--from the Somatechnics conference site.


What opens us and spurs us on. 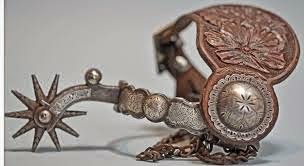 Posted by Amber DiPietra at 8:23 PM