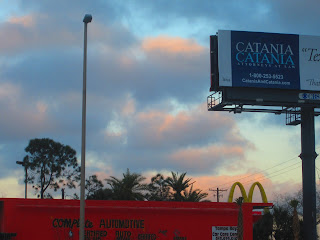 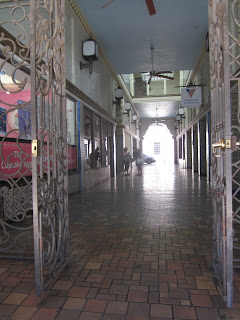 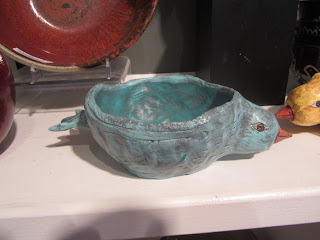 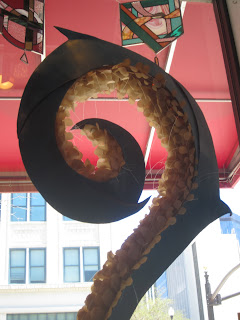 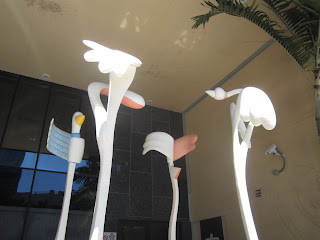 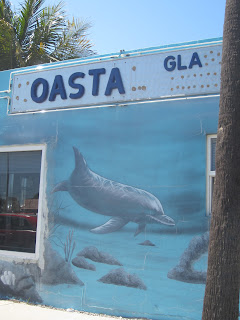 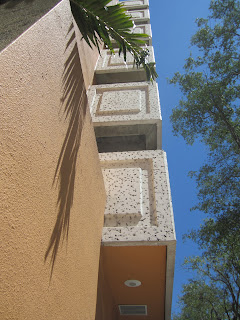 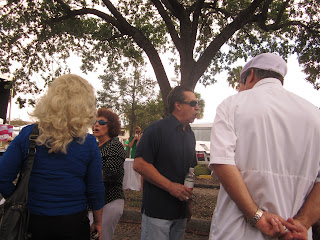 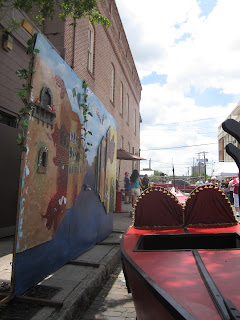 Everyone kept telling Mom her dress made her look like she had just come from church. I thought it went with the gondola vibe. 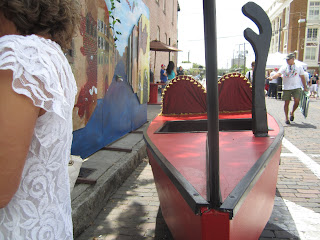 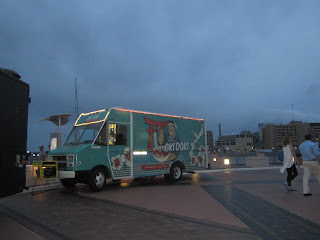 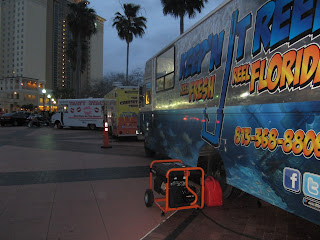 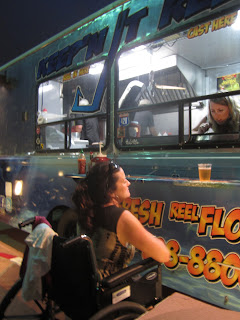 In flordacana-land, one values car ports, a place to dock and shelter the cars from the vast, thick sea of heat and light. Jovan gets his car port painting chores down before we go to the softball field. 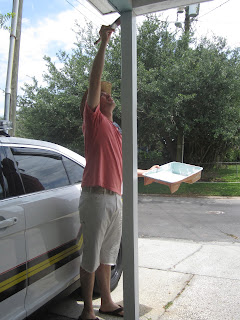 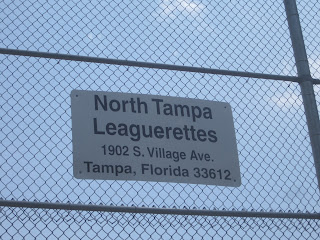 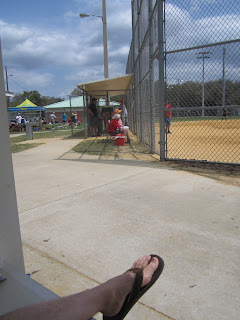 It occurs to me that I should take ethnographic notes before I stop noticing. Now, having been here a month, start  taking notes before I am again, really solute and solvent with the weather and the color. It is unlikely that I really will write a novel about the flordacana phenomenon or anything for that matter, because if i can help it, it will all be social practice and somatic poetry. So, a blog, as Bhanu might say, can be for failed novelists. My favorite kind. Why withhold with the idea of saving. At least not with word currency.

Fl. squirrels stay way up high in the skinniest palms. They make a gnashing, almost birdlike sound as they are scarfing the palm dates. Not humanly delectable dates as in the goat-cheese-and-  variety, but more akin to giant acorns.

There is a FL southern accent. I heard it at the Joint Alliance meeting (of disability service providers). It was easier to hear it and name it, apart from all the talking that goes on among the many people in and out of mom's house. "'em" instead of "them", " 'cept' ", and "ain't"--though the ain't sayers can and do often autocorrect themselves to "isn't" if they are trying to make a rigorous point or find themselves in a formal situation. Louie the cab guy flipped back and forth from ain't and isn't several times, depending on who was challenging him at the committee, on issues of Medicaid vouchers and the lack of cabs for seniors and elderly.

As for my family's vernacular--well, there are endless notes to be taken about that, but for now, the penal shooting-of-the shit.  As in, a mild tone in which they say, "so-and so oughtta be shot". A lot people "oughtta be shot" according to my grandparents, including Lindsay Lohan, the guy who did the stupid job designing the kitchen, the maintenance guy at the beach condo who uses the tiniest paintbrush to paint the biggest surface.