In an email, from Poulpe, today:

Here's a snail I saw after hearing Carlos Fuentes died. 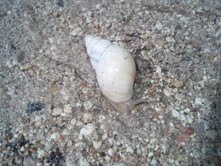 Aura, Fuentes' perfect novella, in which desire and death are prolapse/enfolded. He took care to tuck it back in for me. Aura as in not the purple light around our bodies, but a crusty greenish old gold light. Catelan
form of 'oro'. But I could be wrong. Have put Aura (I'll be there/Come here--'horita, Aurita) in a box on my alter and lit a mint white candle.

Today, also, I met a man who has been living in an institution for many years, Laguna Honda. A quadriplegic named Felipe (but not Montero). He was bowling in SF City Hall (with its crusty gold trim everywhere). My coworker, who is from Mexico and has run a program to repurpose used wheelchairs for Mexican women, was helping him fit the adaptive Wii control to his head. 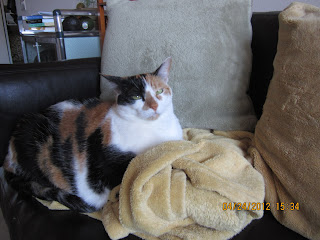 ""Finally you can see that those eyes are sea green and that they surge, break to foam, grow calm again, then surge again like a wave. You look into them and tell yourself it isn't true, because they're  green..."
--Aura. Funetes
Posted by Amber DiPietra at 7:44 PM